This is a part of a series in which we introduce our past interns. Today, Jihee details her experience at teamLab from a unique global perspective - her story behind choosing teamLab in Tokyo over working in Silicon Valley, as well as the things Jihee learned from the internship itself.

Jihee graduated from high school in Korea before moving beginning her undergraduate degree at Stanford University. During a gap year in college, Jihee joined teamLab as an engineering intern on the Interactive Team during the summer of 2018.

■ What is the “Interactive Team” at teamLab?
The Interactive Team develops digital displays and art projects that are able to react in real-time to the actions of those around the artwork.

Interactive
Interactive Engineer Wanted!
【Story of the Forest, National Museum of Singapore】 Featuring flowers, plants, and animals native to Singapore and its region, Story of the Forest has turned the Glass Rotunda of the National Museum of Singapore into a mesmerizing digital art piece. https://www.teamlab.art/w/story-of-the-forest/ Responsibilities · Interaction design and development · Production development · Development of Shaders 【Crystal Universe】 This artwork uses an accumulation of light points to create a sculptural body, similar to the way distinct dots of color form an image in a pointillist painting. In Crystal Universe, the particles of light are digitally controlled and change based on the viewer’s interactivity with the work. https://www.teamlab.art/w/dmm-crystaluniverse/ Responsibilities · Development of LED control system · Development of production tools · Directing production
チームラボグループ

Currently, I am majoring in Computer Science at Stanford University with a focus on Artificial Intelligence.

Stanford University is heavily affected by the culture of the surrounding Silicon Valley. A huge portion of the incoming undergraduate students ends up pursuing Computer Science - especially fields like Artificial Intelligence - hoping to settle in Silicon Valley after graduation, either by entering a big IT company like Google or by kicking off their own start-up. The school is also incredibly liberal both culturally and politically thanks to its location in northern California. As someone from a non-liberal, non-techy environment, I dreamed about being a student at Stanford from a young age.

But things do get harder from the moment you get in. Especially for Computer Science majors, the workload can be crushing. It was typical for me to spend multiple consecutive all-nighters while drinking red bull - however, I am grateful for the educational privilege I am able to have access to.

In addition to Computer Science, I am also studying Linguistics on the side as my minor. Linguistics is not about learning new languages, as is the common misconception (although that is also one of my favourite things to do); it’s about how languages are structured, pronounced, and transformed depending on the geographical, historical and cultural circumstances. My initial interest in linguistics came from my curiosity to learn the workings behind algorithmic translation apps like Google Translate. Ironically, the more familiar I became with the subject, the more it seemed that linguistic knowledge matters less and less in the current (mostly) neural-network driven algorithms.

Along with that, I’ve also been studying Japanese at college. My first interaction with Japanese culture is a bit of an extraordinary story: it all began from watching kabuki videos in high school. I was completely awestruck by the absolutely incomprehensible yet enticing set of art forms represented in the dance moves or the kimono patterns. Since I’ve always had exposure to traditional Korean art forms through my cousins who studied them professionally, the sheer exoticism of the Japanese art forms shocked me, as it was a good reminder of how little I knew about the country that’s right next to my own.

What qualities do you look for in an internship?

I think the most important deciding point varies from student to student depending on their interests. However, the biggest factor for most is probably how much they can deepen their existing knowledge and experience in a field that they are currently studying in school. For me personally, though, I like to view internships as a chance to step outside my comfort zone. Because they are so short-termed, it’s a perfect time to experience a wide range of fields that I typically wouldn’t commit to long-term. Some of my past internships involved a field I was vaguely interested in but not familiar with at all. As a student, I have the privilege of pushing myself into an industry and learning from a blank slate without needing to have much prior experience.

What have you gained from your previous internships?

I worked as a student research assistant at the Stanford Robotics Lab after my freshman year. The next year, I was a blockchain engineer (Ethereum) for a bitcoin trade platform. I didn’t know anything about blockchains at the time of application, but pretty much applied to change the fact that I knew so little about it. If I hadn’t worked there, I guess I would still be completely clueless. Yup, there was this whole bitcoin price surge about a year after my internship ended, but it might have been nice to have been able to foresee that during my internship as well.

I still haven’t ever really profited financially from my knowledge of blockchains or anything. I do believe though that one day it will help me out at the most unexpected time. And the year after that, I found myself interning at Google. I was working on a mobile project that involved Unity, and that experience really is helping me in my current job as an interactive engineer intern at teamLab.

Why did you decide to intern with us at teamLab?

There’s a department in Stanford that exclusively deals with connecting Stanford students to opportunities around the world. The process was as casual and straightforward as visiting their office one day and telling them that I wanted to work in Japan next year. One of the connections they had in Japan was with teamLab, which I immediately asked to be connected with. There were largely four factors I was considering for my gap year that led teamLab to be a perfect choice for me.

First, I was looking for an environment completely different from my university and the culture around it.

Second, since I became fluent in Japanese during college, I wanted to use it in real life.

Third, I hoped to gain practical skills that would help me out long-term.

Lastly, I wanted to explore my artistic side, which is something I’ve been ignoring for quite a while.

There were simply not too many resources, environment and time-wise, to make use of my interest in art and design at school. Designing posters or websites for my personal or student group projects were the extent of it.

I’ve come to Japan 4 or 5 times as a tourist before this first long-term stay. On one of those visits, I went to see Mori tower and its art museum - which happened to be exhibiting a piece by teamLab at the time called Crows are Chased and the Chasing Crows are Destined to be Chased as well, Blossoming on Collision - Light in Space. From the list given to me by the department mentioned earlier, I was able to recognize teamLab immediately because that art piece had made quite a lasting impression on me.

So I guess the biggest reason, more than anything, was that teamLab was a company making digital art using cutting-edge technology in computer graphics. I couldn’t think of a more perfect combination to invest my gap year in.

Crows are Chased and the Chasing Crows are Destined to be Chased as well, Blossoming on Collision - Light in Space

So, what are you doing at teamLab right now?

This is my 8th week in an internship of 11 weeks. teamLab operates as a group of project-level units, in which a smaller group of engineers, designers and visual directors work together to complete each piece. I’m currently also taking part in one of those units, working as an interactive engineer for a big exhibition bound to open later this year. In most teamLab art pieces, effects or animations typically involve levels of computer programming underneath, and I am writing one of those.

The detailed process of how I go about doing that, all begins by first receiving the necessary concept, information assets from other people involved in the project. Using those as a starting point, I then add on my own artistic or technological insight towards creating a prototype - which will be reviewed by people of varying positions at teamLab, such as other engineers, catalysts, technical artists, or even the CEO Inoko-san. By reiterating this process many times, the project inches towards its final form.

The best part of working in teamLab is the moment you see the piece you’ve been working on be installed at the exhibition location, often on an overwhelmingly bigger scale than your monitor screen.
Although, quite, unfortunately, since this project will not begin its installation well after my internship ends, I won’t be here to see it happen.

Tell us about any impressions from your internship!

The part of the internship program that stood out to me the most was its freedom. As I explained above, a very crucial process of creating art in teamLab involves working with multiple specialists to experiment with different prototypes, and learning together with each iteration what works and what doesn’t. The fact that nothing is really finalized from the beginning when creating new pieces, and that a relatively small amount of people are involved in each of those, leaves a big room for creativity.
The project I’m currently working on follows that pattern. I am able to apply my own ideas towards my piece, and when those are endorsed by other members of the team, I can continue to add other designs on top of it. Of course, it is also common to get vetoed by the more experienced members, in which case I can simply try again. This workflow of reaching a consensus while being able to apply my own ideas has been an exciting experience so far. Such freedom is unique compared to some of the past internships I’ve had. In the robotics lab, as an inexperienced first-year student, I didn’t have much control over the research project I was taking part in. Even at Google, although the company had an incredibly liberal culture, I had little freedom on my project as an intern. The bigger part of my job was to realize a task that the team had already planned out for me. Now, I do not think this is a lack in the internship program designed by Google per se, but simply a limitation coming from its sheer size as a company. In that regard, as a smaller, faster-moving company, teamLab is well suited to encourage creativity from its employees and interns.

What are your plans after graduation?

Well, to procrastinate making such plans is a big part of why I’m taking this gap year in the first place. While I’m still in the process of figuring things out, since I’m a CS major and have always been fascinated with all kinds of technology, I think I’ll be with the IT industry for the foreseeable future. That being said - ever since I started working at teamLab, I’m starting to realize more and more that I really want to bring my creative/expressive side as a part of my career, at some point in my life.

Last but not least, what kind of person would you recommend a teamLab internship to?

To speak for the Interactive Team I’m on, anyone knowledgeable about or pursuing a field in computer graphics will be a great fit. Especially, if you’re passionate in creating procedural 3D animations or really, any form of expression using graphics, working at teamLab will give you an incredible opportunity to see your works outside of your computer screen and in the real world! 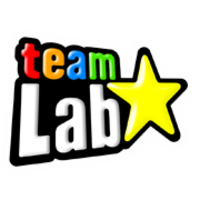