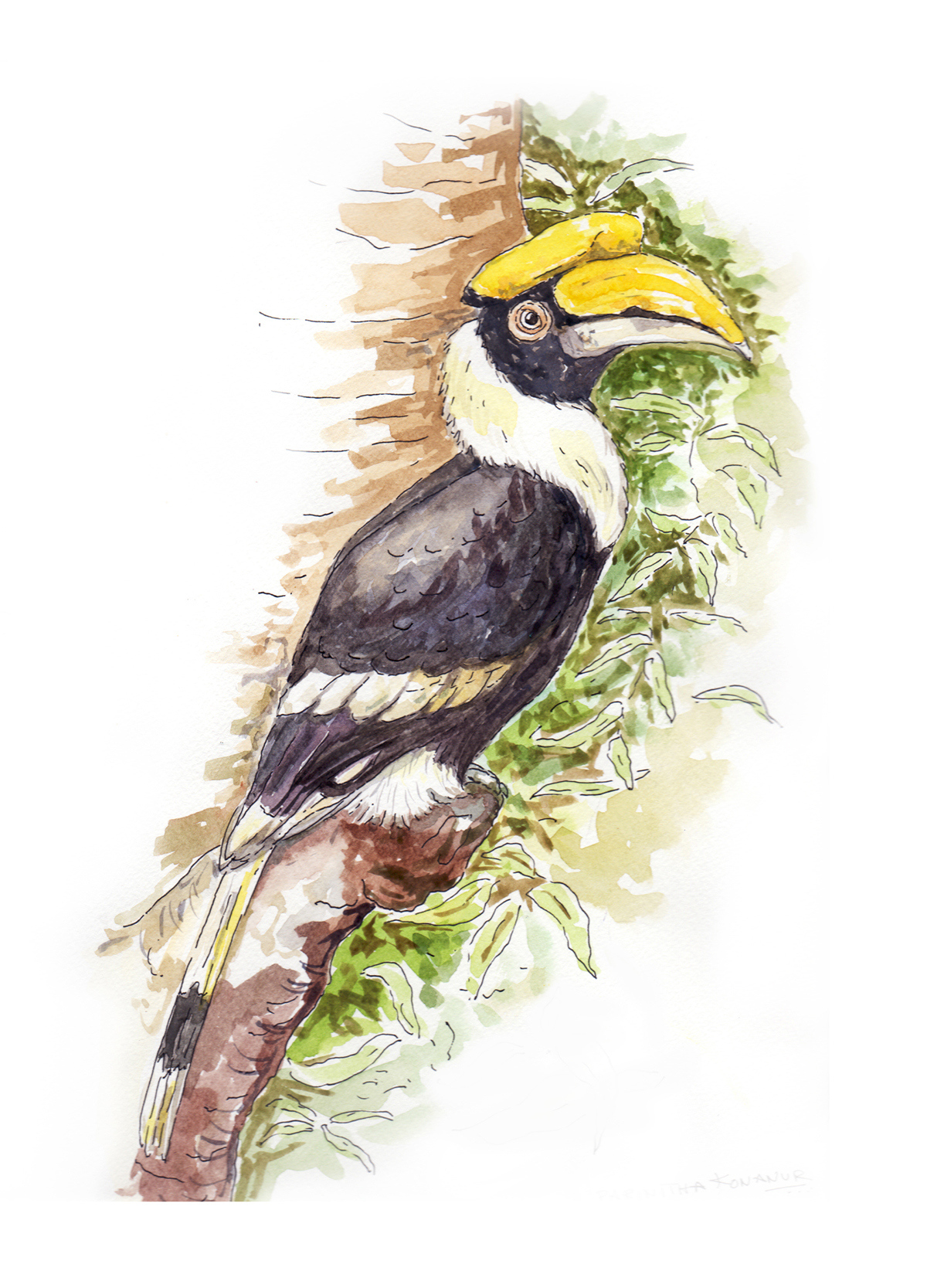 Hornbill - Watercolour IllustrationA Scientific illustration done for the Forest DepartmentWatercolour on Montmarte 180GSM Watercolour Paper The hornbills (Bucerotidae) are a family of bird found in tropical and subtropical Africa, Asia and Melanesia. They are characterized by a long, down-curved bill which is frequently brightly colored and sometimes has a casque on the upper mandible. Both the common English and the scientific name of the family refer to the shape of the bill, "buceros" being "cow horn" in Greek.The Bucerotidae include about 55 living species, though a number of cryptic species may yet be split, as has been suggested for the red-billed hornbill. Their distribution includes Sub-Saharan Africa and the Indian Subcontinent to the Philippines and the Solomon Islands, but no genus is found in both Africa and Asia. Artwork for the Branding of Jewels & Juliet