Yumi Okada, Director of Client Success at Indeed Japan, shares her journey from feeling isolated to being a leader in her field.

There were moments when she was growing up, where Yumi Okada felt her home country Japan to be quite isolated because it was an island.

“At that time, I could not imagine the future where the world would be connected, and any information would be available anytime, anywhere with the small device called a smartphone!” she said.

So Yumi took matters into her own hands, and decided that in order for her to expand her knowledge and experience, she had to move abroad.

At 18, she flew to Denver, Colorado and took a four-month immersive English course to learn the language. She then moved to California for college, pursuing Business, Accounting and Finance.

“I found my first job in my life in California. It was a company providing the educational courses in the resorts,” she recalled.

“My job was to take care of inbound calls and emails, and process the reservations online. Looking back at my career, I think this was the very beginning of my career supporting customers and clients.”

After a few years of working at this company, Yumi was forced to return home due to immigration challenges. She thought about going back to the US several times, but it was too difficult so Yumi gave up pursuing a career in the US.

Back in Japan, she worked at several companies before finding her way to Indeed. In previous roles, she was responsible for everything from customer communication, processing orders, invoices, logistics, and payments.

“I was also in charge of developing the CRM with an engineer and selecting the third party systems,” she said. “Researching for the new items to sell and writing the descriptions of those items was also one of the tasks.”

But the most important skill she developed in all those companies was her people management skills.

“Even though my role was not a manager, I was in charge of hiring members in the customer service function, guiding the members to set up their goals, and evaluating their bonus percentages while I, too, was taking care of the same daily tasks,” Yumi said.

Today, as the Director of Client Success (CS) at Indeed Tokyo, Yumi doesn’t have her own clients anymore, but plays a more strategic and indirect role.

She does that by creating new ways of working or improving the current situation for clients so they are comfortable with using Indeed’s services and products.

“When the impact is positive and there is something that can help our clients with, I will communicate that with the CS management team and the other departments such as Product, Search Quality, and Marketing teams, so we can all accomplish what is best for our clients,” she said.

Yumi started at Indeed in November 2013, on the same day as her manager Iichi Watanabe. She was on-boarded to the team at Indeed’s Stamford office, and received her initial training there.

“Back then, there was no operation rule, no flow, no example, no email templates… but there were always people who helped me through and who provided the right information when I asked,” she recalled.

“With lots of support from all Indeed offices around the world, I was able to build my own way to process these inquiries as much as possible. This was one of my favorite things, as it allowed me to come up with a method that is faster and more impactful than before.”

Yumi was promoted to the role of Senior Client Support Specialist in 2014, and then to a managerial role the year after.

As a manager, she was in charge of Ad Agency, Direct Employer, and Small Business teams, and was involved in the project of partnering up with the recruit group company building the foundation of the service currently provided.

In 2018, she was again promoted, this time to Senior Manager, overseeing the Shared Support and the Inside Sales teams.

“Being involved in both Shared and Dedicated teams was very advantageous for me that I was able to understand clients in the different phases,” she shared.

“I had to take some or many trial-and-error approaches being a new position there was no example that I can follow. However, I have been able to enjoy that kind of situation because there were always the team members who encouraged me. So I have no concerns being a director on the team because there is sufficient support available at Indeed.”

While Yumi has seen many changes at Indeed over the seven years she’s been here, she said the one thing that hasn’t changed is the fact that clients and jobseekers always come first.

“When they are happy, I’m happy,” she said. “Whatever happens, we always return to our mission of ‘We help all people get jobs’.”

Reflecting on her career journey so far, Yumi said her mentality of taking ownership of work she’s been tasked to do, as well as not setting limits to what she can achieve, have been a great mindset to keep.

She added working for a company like Indeed that listens to and supports the opinions and suggestions of employees has also made a big difference.

“I feel this company, especially the leaders, listen to the voice of employees,” she said.

“When employees are taken into consideration, it leads to things happening and improving… that is always exciting to see in an organization.”

Click here to see all available roles in Japan, or find out more about our benefits here (Japanese site available here). 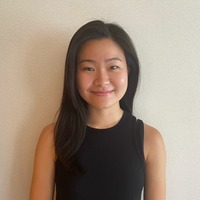