This is part two of a series on my experience of finding and joining a design company in Tokyo. Read part one here.

Maybe you’re new to the Japanese job market or perhaps you’re looking to move from your current design position in Japan. Here are some of the things I learned during my recent experiences in Tokyo’s creative job market — hopefully there’s something here to help you find and get your ideal position in Japan.

Although these websites offer English interfaces, most job postings were still in Japanese (even when the job posting states it’s open to international applicants). Don’t be put off. Many HR teams can’t create bilingual job posts, even though they may be interested in hearing from you. Google Translate can help you evaluate a posting if you’re Japanese reading isn’t up to it.

Follow any guidelines set out in the job post (such as attaching required documents in particular formats). Western companies are often quite relaxed, encouraging you to be yourself. But Japan is still pretty formal, and although companies in the creative sector will be eager in seeing you express yourself, you should still follow protocol to give your application every chance.

Reassure HR that you’re a low-risk applicant. Many Japanese companies are eager to become more diverse, but at the same time they’re nervous about the unknown. Japanese companies are less able to fire employees at will, meaning each employment is a serious commitment. Go out of your way to make them feel safe.

...then flex your foreigner

I tried to learn the rule book for Japanese job interviews — writing the perfect Japanese resume, memorizing how many times I should knock on the door, and learning which side of the room to sit in. But I quickly realized this also diluted my character.

You’re competing with thousands of Japanese job seekers with superior local knowledge and language skills. Your perceived weakness of not being Japanese is your biggest advantage. Make sure you follow any requirements, but once you’ve done that, flex your foreigner credentials and be yourself.

Although not Japan-specific, I found doing some background research before the interview was really helpful.

I interviewed with a number of companies, and of course each was different. But I noticed a few things consistently:

Me on stage interviewing Sansan CEO, Chikahiro Terada at the Slush Tokyo expo

My interviews at A.C.O.

The whole process from application to signing the contract took about two months, and included four rounds of interviews:

I applied via Wantedly and my first meeting was with James, the company’s Creative Director. The call was casual, and all in English via Zoom. Apparently Wantedly encourages companies to offer casual chats like these before the formal interview process, and it seems to be a good way to quickly gauge if you might fit or not.

My second interview with James, UX Manager Natsu, and a member of the UX team was more focused on my skills and technical background. I presented my whole portfolio and history in Japanese. I made multiple mistakes but it was interesting seeing James and Natsu switching between English and Japanese to fill in any blanks.

I then had another remote conversation online with James and Natsu where we got into the details of projects and process. This meeting took place in a mixture of Japanese and English.

The final meeting brought management and leadership together in an online call. Over 10 minutes I presented my life story in Japanese. My anxiety started at 100%, but dropped to zero when the CEO casually joined the call from a park via his phone.

I then spent about a month gathering visas and other paperwork and finalising contracts with support from A.C.O.’s office manager, Kase San.

Apart from ticking the boxes I’d outlined in my ‘ideal design company’ research, I felt a good connection with everyone in my interviews. And knowing that James had already been through many of the struggles I would face as a foreign designer in Japan was reassuring.

In the office with James

But like any new job, you don’t know what it’ll actually be like until you get started. I’ll cover my first 3 months at A.C.O. in part three. Stay tuned. In the meantime take a look at A.C.O.’s journal and podcast, and read about current opportunities on the careers page. 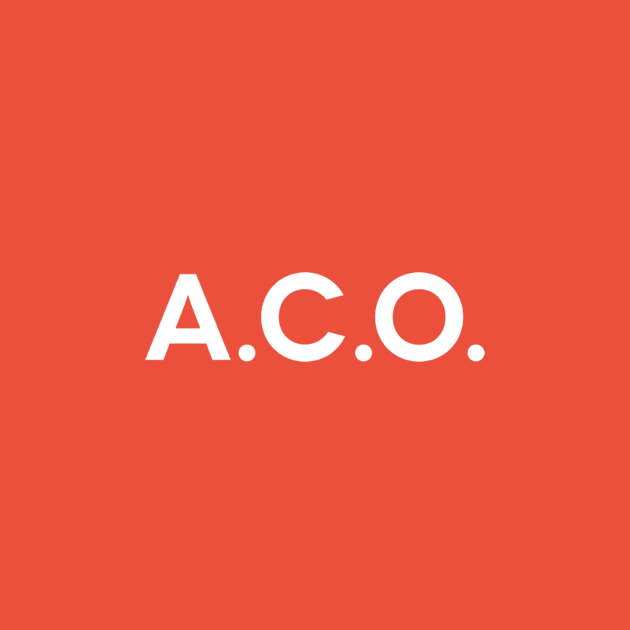